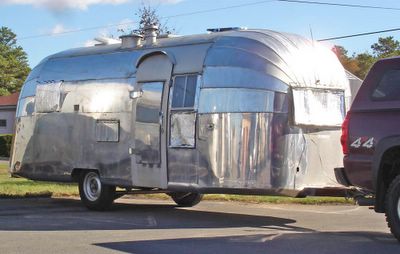 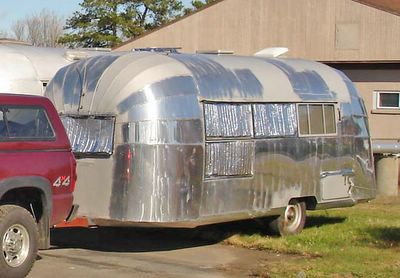 Rob Baker lives in upstate NY and is continually on road trips for his work. He also has a passion for vintage trailers. Those two conditions lead to him finding and buying more old Airstreams than he really should. He has a blog about it called Sweet Sovereign. Take a look in our links section for a peek.

On October 7th, Rob picked up my Caravanner #2 in PA while he was coming home from a business trip. It will be at his house until late October when he has time to tow it to Colin's shop in upstate New York. I'll meet him there and we'll decide how to merge my two 1956 Airstream Caravanners. 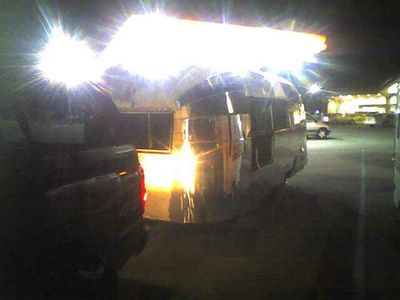 Caravanner #2 At a Rest Stop On The Way Home