Here you can see the great job Colin's crew did on the coupler. Remember the frame was so bad in this spot that he had to cut it off and weld new steel on first. Then they cleaned up the old coupler and welded it back on. 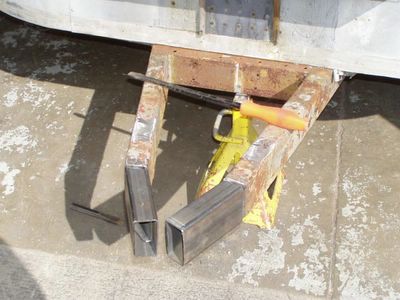 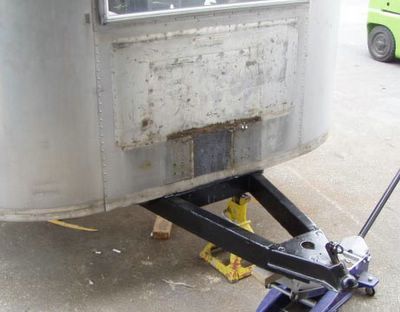 One thing missing in the photo above is a jack for the tongue. I could have reused the original, but they're so inexpensive that it's better to just replace it with a new one. I'm using a Fulton top wind A-frame jack. It looks a lot like the original. 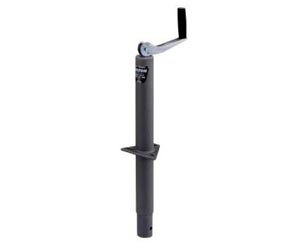 In all the restored chassis photos you can see the fresh paint. All the chassis' old steel is painted with POR-15, a rust-neutralizing paint.

Regular Rust-o-leum is used on the new steel. Any areas that will be visible or receive UV exposure will be painted again later with silver Rust-o-leum.